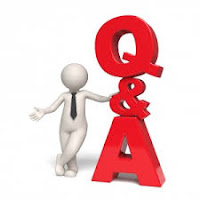 This was something said to one of us recently.  When questioned, it doesn't stand up to much scrutiny.  Q. So why is that people have this perception that there is always something going on?

Anything, and we mean anything that happens at an airport will make the news. It does not have to be very dramatic. The public are hungry for aviation related incidents. It is interesting even for the alleged non-nervous flyers.  There are always stories out there about aircraft and airport related being unsafe in some way.  Most of it is not true. Many of the stories we hear about turn about to be exaggerated at best and often woefully inaccurate.

Q. So what can you do to inoculate yourself to inaccurate information?

You probably can't stop listening to things like that. However, you can decide what happens next.  We always suggest that you should ask an objective expert.  Drop us an email or, you can go on sites like this one.  This is  Government site that offers the facts.  Link here. 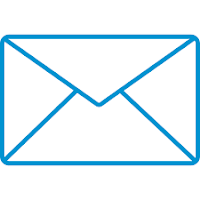 Hi
I just wanted to thank you. I attended your fear of flying course in March, not telling anyone as I didn't want to put too much pressure on myself. I was amazed at the amount of people who shared my fear. The whole experience was amazing and your staff were truly brilliant. Every question I had was answered and to have the staff and captain then join you for a flight, explaining every sound and sharing that flight with people who all shared this same fear made such a difference.
I had tried over the past 20 years to get over my fear but because I did not know what I was frightened of or where it came from made it very difficult to resolve.
Flying used to be the best part of my holiday and when I was young I had worked in Tenerife and was accustomed to flying alone. For some unknown reason later in life when I was flying quite a lot for work from absolutely nowhere I had this terrible fear that just came on over a few flights, it was so bad that if I looked at a plane in the sky my stomach would turn like I was going on a roller coaster. My last  flight to Edinburgh with work I had to call and say I couldn't get the flight back and came home on a train. I never flew again for over 9 years which was such a disappointment to my husband and children. 9 years later my friends husband had a very bad stroke which made me realise that life is too short so I went to the doctors who gave me some tablets and  we booked a holiday the following week, so left myself no time to change my mind, we had to get passports and everything. Anyway I cried and was petrified but did it but it ruined my holiday as I spent the whole time worried about coming home, all of my friends said you just have to do more and you will be ok, anyway we did a further two holidays in a 4 month period but it just got worse and 11 years ago I said to my husband and children that is it I will never fly again, and found that we could holiday without flying by taking a cruise from Southampton which is what we did for the past 11 years.
After completing your course this March, I booked a holiday and flew  to Tenerife  in April with my friend, put a deposit on an apartment that my son and I completed on in July and last month I returned from going out on my own for a weekend, so that is 3 flights I have completed since attending your course in March, one being on my own and I am expecting to fly virtually every month.
If this time last year someone would have told me that I would fly again, buy a property and fly on my own I would have never believed it. I will say I am still nervous and really do not like the taking off but thanks to your course, the tapping technique, it has changed my life, so thank you and your team so very much.
Kind regards
Dawn
============================


Sad Loss of one of our team leaders

Here is a message from Richard Conway, Course Director:


David Flynn was an incredibly giving and caring member of our team. He originally came to us for help with his own fears of flying, prior to helping so many others with their fears. He was a great support to Paul and I, regularly travelling all over the country to attend FWF courses, wherever he was needed.
Such was his passion for FWF, David insisted on having his own car professionally sign written, to promote FWF courses and he regularly handed out business cards to those who enquired around Manchester, where he lived.
I have no doubt that all those who knew and worked with David will be deeply saddened by the awful news.
Best wishes to you all,
Richard
Share Tweet Pin it Fancy Add
Flying Without Fear December Blog Dec 01, 2018
Common Question... Sep 01, 2018